The Minor Mosquito Peterborough Tigers are back-to-back AAA Ontario Champions!  The Tigers capped another hard fought provincial championship weekend with an 8-7  walk-off win over Hamilton on Sunday afternoon.  The double knock-out tournament was played in Burlington.

The Tigers started the Ontario Championship Tournament with a 14-8 victory over Oakville on Friday afternoon.  The Tigers were led offensively by Tyler Crawford, Thomas Dalliday and Cole Cavanagh, who all had multiple hits.  Cavanagh also got the win throwing 5 innings and striking out 3.  Lucas Cavanagh and Crawford pitched out of the bullpen to help secure the win.  Crawford was game MVP.

In game 2, Peterborough faced Waterloo who was coming off a convincing win over Halton Hills.  Peterborough jumped out to an early lead on a first inning, two run triple by Jack Hatton.  However, Waterloo climbed back and took a 6-5 lead in the top of the 4th.  The Tigers responded immediately with 5 runs in the bottom of the inning on RBI hits from Stanley, Philips and Ayden Turner.  Peterborough held on for a 10-9 win.  Dalliday, Beau Marshall and Noah Stanley all had 2 hits.  Hatton, Philips and Brett Crowley each drove in 2 runs.  Reed Tighe started the game on the mound and went 2 2/3 innings.  Crawford threw 3 1/3 innings in relief and Lincoln Rose closed the game in the 7th.  Rose was game MVP.

Game 3 of the tournament would be an early preview of the eventual championship matchup.  Peterborough faced Hamilton and dominant pitching from Rose, Lucas Cavanagh and Stanley marched the Tigers to an 8-1 win.  The pitching trio scattered 6 hits in the game and struck out 4.  Cavanagh went 4 1/3 scoreless innings.  Stanley entered in the 6th in a jam with the bases load and no outs.  Hamilton was pressing with the score at 6-1.  Stanley struck out the first batter he faced then induced an inning ending 4-6-3 double play.  Crawford to Marshall to Cole Cavanagh to shut the door.  Crawford and Dalliday each had 2 hits and Crawford drove in 2 of the 8 Peterborough runs.  Lucas Cavanagh was game MVP.

Their third win of the weekend left Peterborough and Kitchener as the only remaining undefeated teams.  They would play Saturday night with the winner entering the final day of the tournament in the driver’s seat.  With plenty on the line, the Tigers gave the ball to Jack Philips and he delivered with 3 1/3 innings of no hit ball.  Crowley came on in relief throwing 2 2/3 innings, giving up 3 hits and 1 run as Peterborough cruised to an 11-1 win.  Crawford, Marshall and Crowley each had 2 hits.  Marshall and Lucas Cavanagh drove in 2 runs each and Turner clinched the win with a walk off single in the 6th.  Philips was game MVP.

On Sunday morning in game 5, Peterborough faced North York.  The Tigers got a strong pitching performance from Reed Tighe who pitched 5 solid innings.  Peterborough had a 3-1 lead into the 5th inning but could not hold on.  North York pitching held the Tigers to 4 hits and the Blues took a 7-3 victory.  Their first loss of the weekend left Peterborough, North York and Hamilton as the only remaining teams, however Peterborough would receive a bye through the 6th round to the Championship Game.  Tighe was game MVP.

In the Championship Game, Peterborough met Hamilton for the second time in the weekend.  Hamilton came out flying on offense scoring 2 in the 1st and 3 more in the 3rd.  The Tigers were bending, still down 5 in the 4th when Crawford, Marshall and Hatton sparked the club.  Crawford led off with a single, followed by an infield hit for Marshall and another for Hatton.  The Tigers were on the board and still threatening with runners on the corners for Jack Philips.  Philips doubled to left scoring Marshall and leaving runners at 2nd and 3rd.  5-2 Hamilton.  The next hitter was Rose who scored Hatton with a sac fly to right.  5-3 Hamilton.  With two out, Crowley, Stanley, Turner and Lucas Cavanagh would all walk.  Tie game.  New game.  Back to even.  We go to the 5th where Hamilton immediately answered back with 2 runs to retake the lead 7-5 and in the bottom of the inning would hand the ball to their ace to try to close it out the rest of the way.  The stage was set for Hamilton when the first Peterborough batter struck out.  But Crawford and Marshall both walked and subsequently stole 2nd and 3rd.  With a squeeze by Hatton, Crawford would score.  7-6 Hamilton.  We go to the 6th where Peterborough was still getting shut-down pitching from Crowley, who entered in the 3rd.  No runs for Hamilton.  In the bottom of the 6th, Rose would lead off with a walk and get moved to 2nd on a sac bunt by Cole Cavanagh.  A wild pitch moved Rose to 3rd and another immediately scored him.  7-7 to the 7th.

Hamilton started their half of the 7th with a flare single to left.  But Crowley got the next hitter to roll over to short.  6-4-3, 2 out.  The next hitter would also ground out to end the inning.  7-7, bottom 7.  With one out for Peterborough, Tighe laced a two strike single to right.  Dalliday moved him to 2nd with a sac bunt.  After an infield hit by Crawford, which moved Tighe to 3rd and a defensive indifference, which moved Crawford to 2nd, Marshall stepped to the plate for the Tigers.  2 on, 2 out, winning run at 3rd base.  Strike one, then ball one, then a foul straight back for strike two.  The anticipation was mounting.  The 1-2 pitch…swung on…and belted to right field.  Deep.  Too deep.  Tighe scores, Marshall is MVP and the 2009 born AAA Peterborough Tigers are back-to-back Ontario Champions!

Once again the Tigers want to thank Ricky’s All Day Grill, Berardi Brothers Plumbing and Peterborough Kia for their support of Tigers Baseball in the 2019 season.

Check out this page for information on house league divisions

Registration for the 2019 baseball season is now open. Registration will close on April 1, 2019. All registrations require online payments using a credit card.

The schedule will be released in early May once we have finalized teams. The season begins in the middle of May and finishes in late August. Games begin at 6 PM.

T Ball is for children born in 2014 or 2015. T Ball happens once a week, occasionally twice a week. The games are on Mondays, Tuesdays, or Wednesdays. Cost is $115.

JR Rookie Ball is for children born in 2012 or 2013. This division uses a coach to pitch to players, if unsuccessful hitting from those pitches, a tee is brought out to hit off of. Games are once or occasionally twice a week. Games are on Mondays and Wednesdays. Cost is $155.

SR Rookie Ball is for children born in 2010 or 2011. This division uses a pitching machine to hit off of. Games are once or occasionally twice a week. Games are on Tuesdays and Thursdays. Cost is $155

Mosquito is for children born in 2008 and 2009. This division has players pitch to the batter. If the batter gets four balls, they are given a tee to hit off of. Games are once a week, occasionally twice a week. Games are Mondays and Wednesdays.  Cost is $165

Peewee is for children born in 2006 and 2007. This division has players pitch to the batter. Walks are allowed, as is stealing. Games are once a week, occasionally twice a week. Games are Tuesdays and Thursdays. Cost is $175

Bantam and Midget are combined and is for children born in 2005-2001. Normal baseball rules apply – leadoffs, stealing, etc. Games are once a week, occasionally twice a week. Games are on Thursdays with two game time slots at Trent University (6:00 and 8:15). Cost is $185.

Thank you for registering with the Peterborough Baseball Association, if you have any questions, please reach out to a member of the Executive.

The Peterborough Baseball Association held its Annual General Meeting last Monday night.  As part of the annual meeting, the PBA membership elected its Executive for the 2019 season:

The positions of Equipment/Uniform Director and Houseleague/Select Director remain vacant.  Any member (parent, coach, sponsor, etc.) wishing to put their name forward for one of the vacant positions should contact the PBA President, Shawn Micks at: 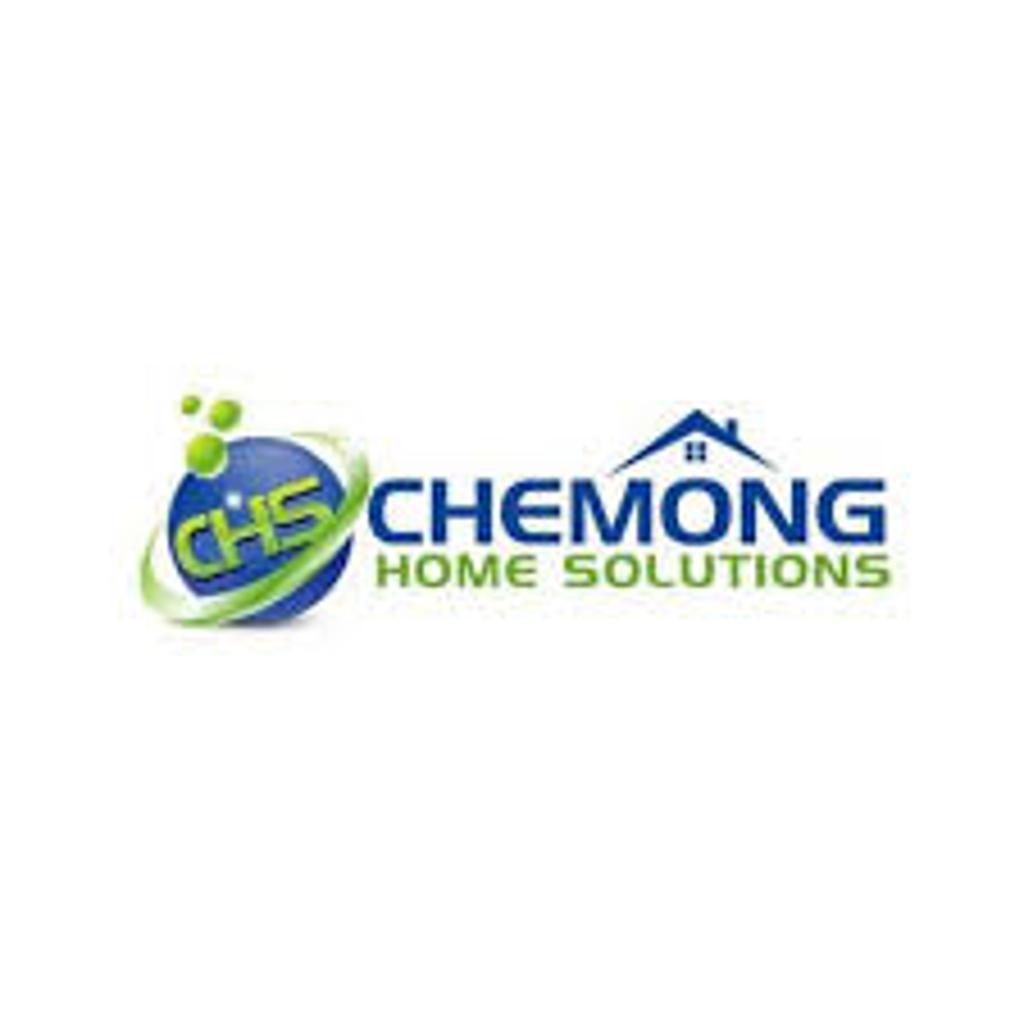 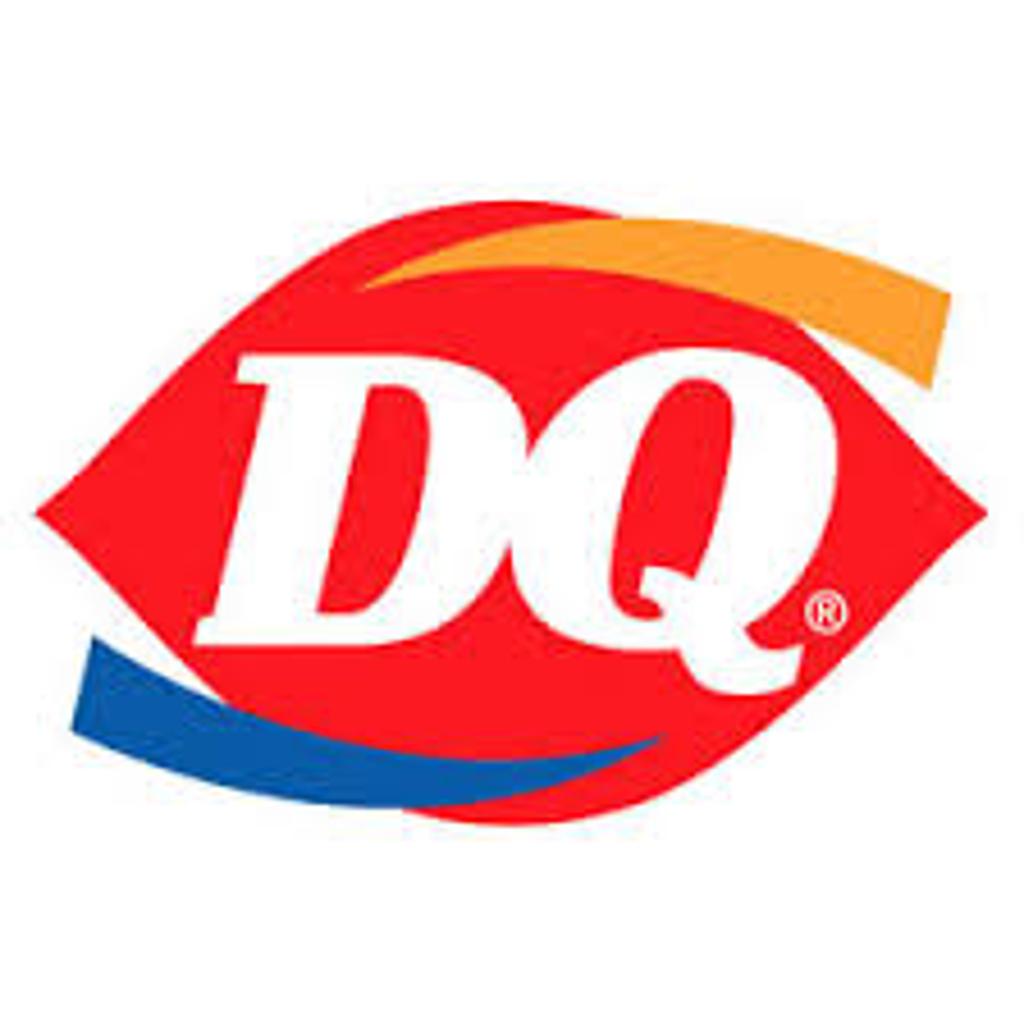 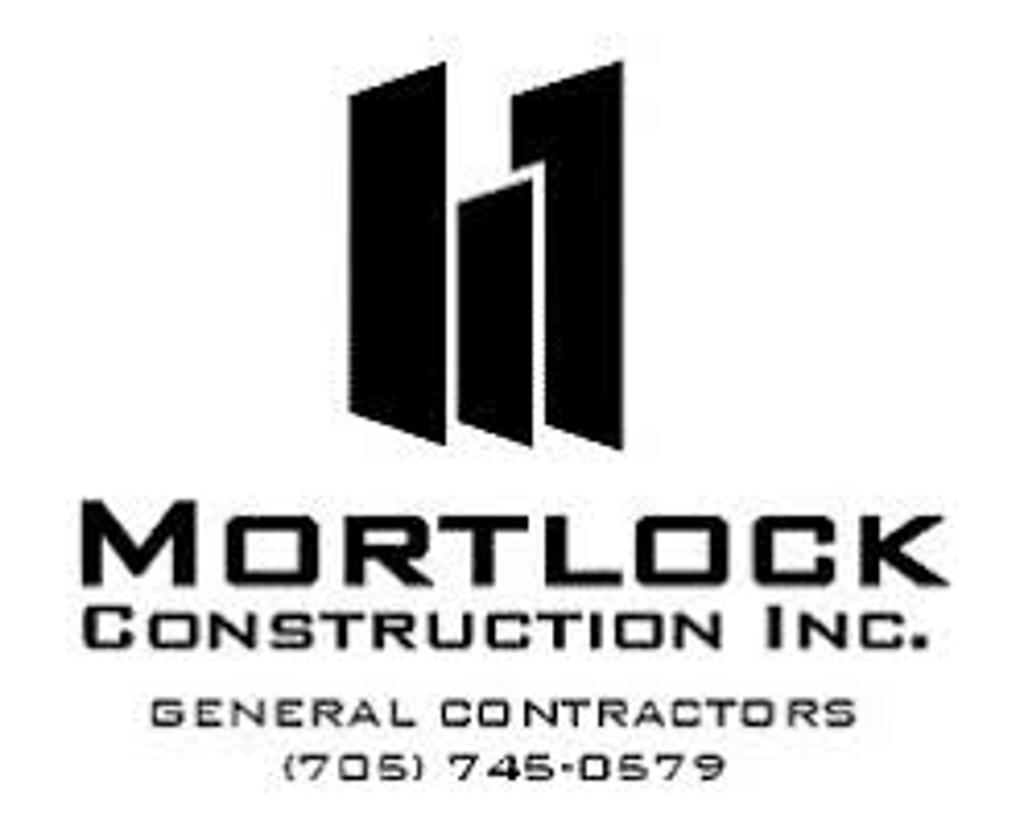 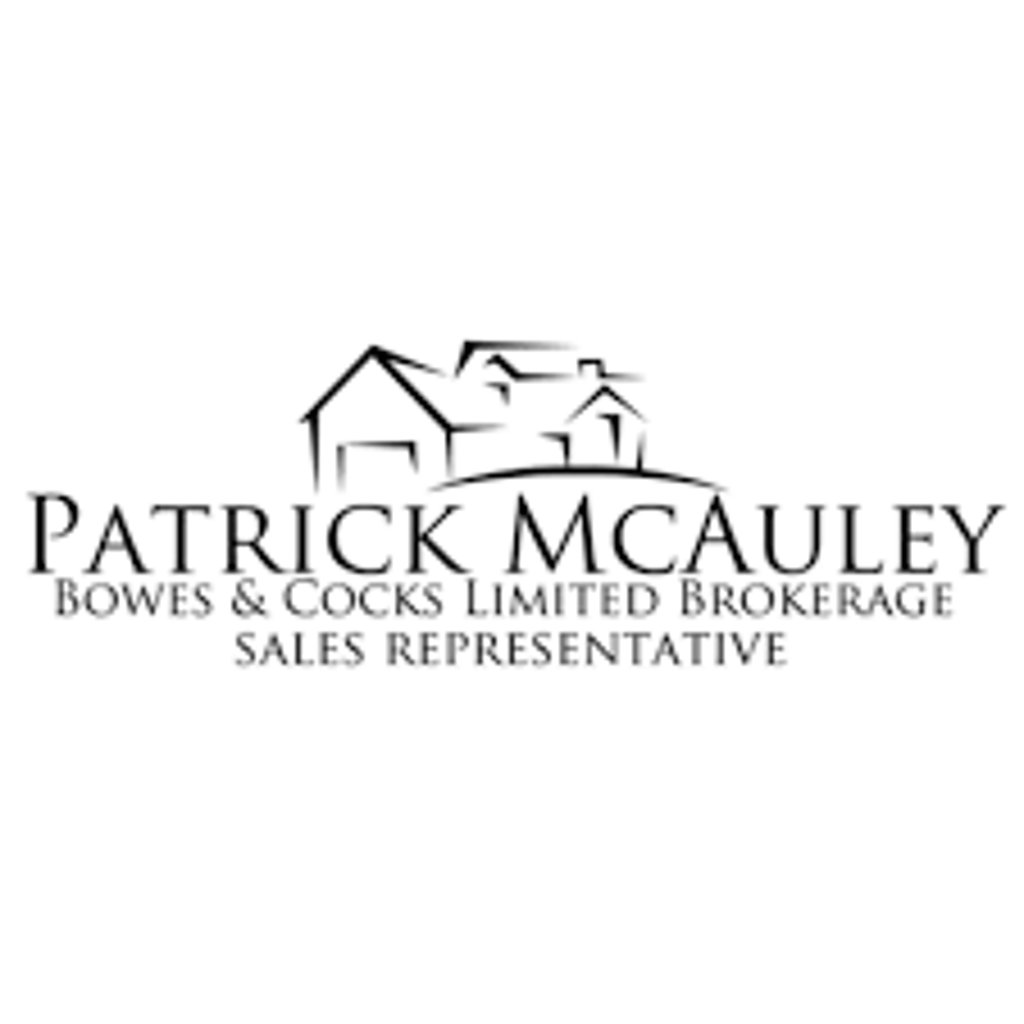 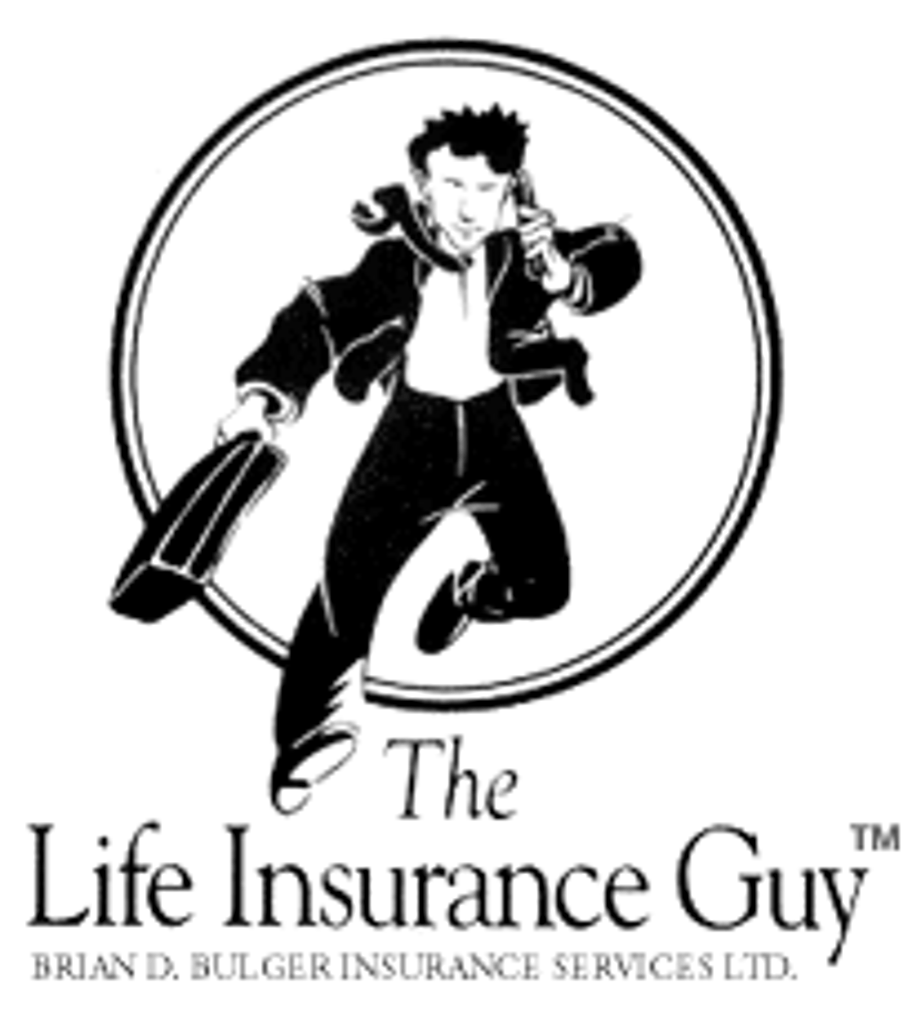 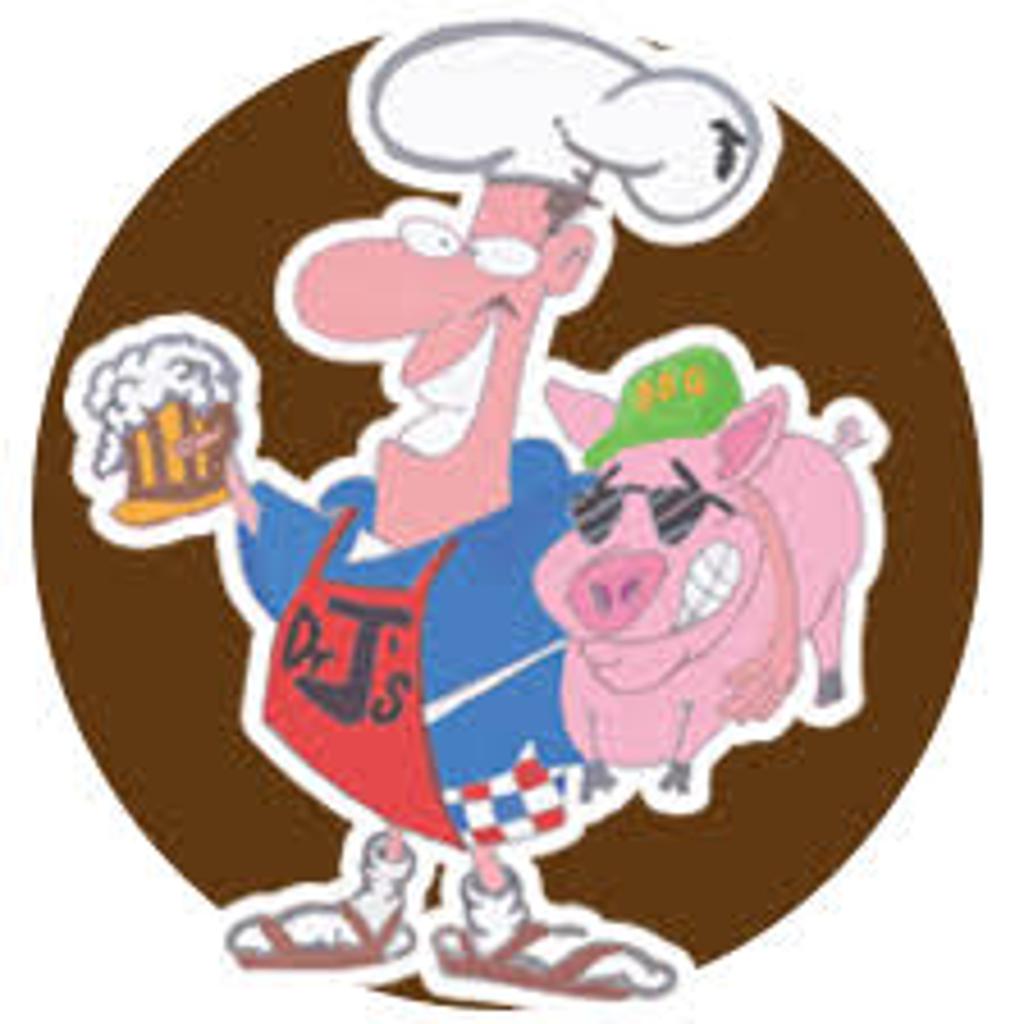 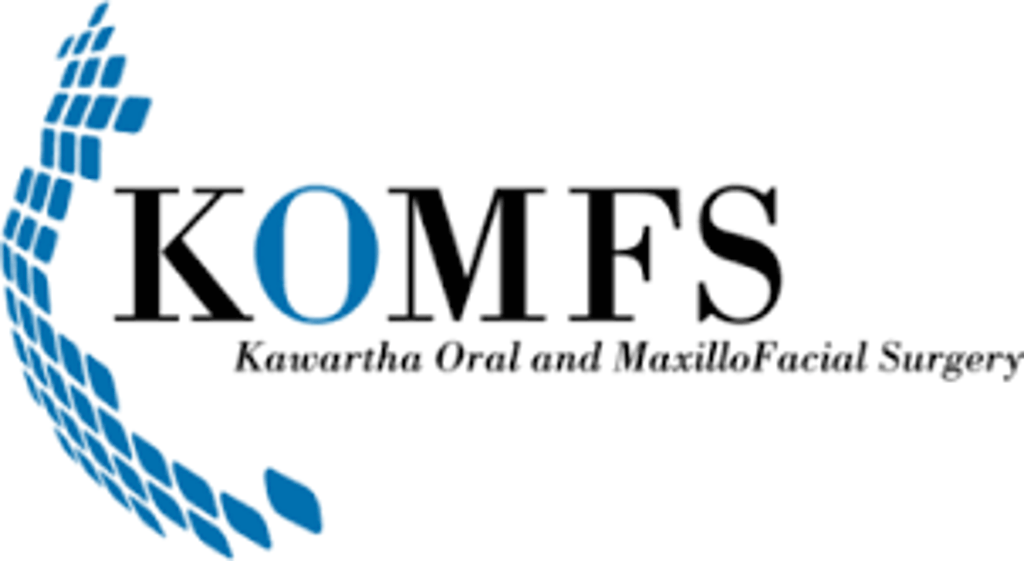